Popular actress and models you see today dreamt of becoming who they are now, and Christen Harper is in no way excluded from that category. It seems as though her dream has finally come true.

To prove this, at the age of ten, Christen Harper appeared in the tv series Seven’s Eleven released in 2004; that was her first debut. Apart from that, when she was a teenager, she appeared on one of the HBO series Entourage. This tells us that we should never give up on our dreams.

She became even more famous when she represented LA Models and Wilhelmina Models and for being the girlfriend to Jared Goff. 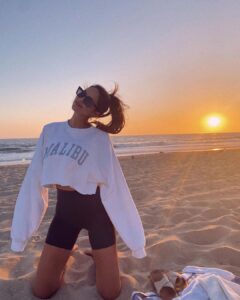