Let’s take a look at the life and death of the King of Rock and Roll’s daughter, Lisa Marie Presley. Discover the new heir to Graceland too.

Elvis and Priscilla Presley’s daughter, Lisa Marie Presley, died at 54 after being rushed to the hospital for cardiac arrest.

In a touching message on Instagram, the director of “Elvis” said:

“Over the last year, the entire Elvis movie family and I have felt the privilege of Lisa Marie’s kind embrace. Her sudden, shocking loss has devastated people all around the world. I know her fans everywhere join me in sharing prayers of love and support with her mother, Priscilla, and her wonderful daughters, Riley, Finley, and Harper. Lisa Marie, we will miss your warmth, your smile, and your love.” 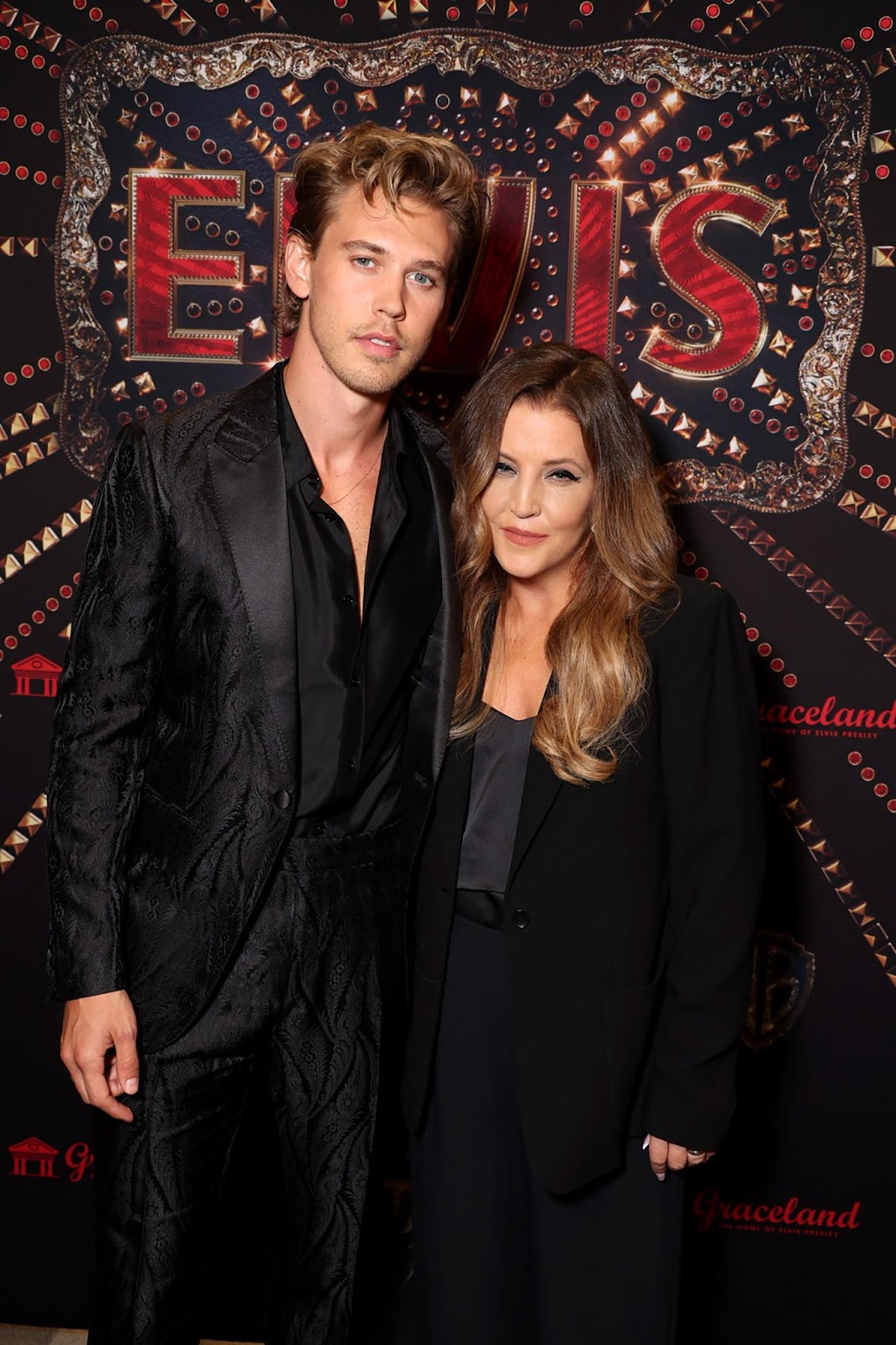 Crowds of fans have been visiting Graceland since January 13. Many have been seen walking down the driveway with flowers to put them outside the mansion in her memory.

Lisa Marie was born in Tennessee in Memphis, on February 1, 1968, precisely nine months after Elvis and Priscilla’s wedding. At the age of 4, she moved to Los Angeles with her mother after her parents’ divorce.

Although most would only recognize her as The King of Rock and Roll’s daughter, Lisa Marie had her own career in the early 2000s. She was a rockstar, just like her father, and she made a point to do everything her own way. It took her a decade to release her first album, “To Whom It May Concern.” After that, she had two more albums: Now What in 2005 and Storm & Grace in 2012.

Lisa Marie was also known for her chic and iconic outfits. In 1994, when she married Michael Jackson, they were pictured together wearing matching black coats and hats.

You might not find her iconic pieces now, but you can recreate a fusion of this look with this black feather parka jacket from the Marks flyer.

Actress and model Danielle Riley Keough, born in 1992, is Lisa Marie’s second child, following Benjamin Keough, who sadly passed away in July 2020 at the age of 27. Both shared a father, who was also Lisa Marie’s first husband. Riley is well-known for her modeling and acting careers. The Girlfriend Experience, Magic Mike, Logan Lucky, and Mad Max: Fury Road are just a few of the movies Riley has starred in.

Presley’s third marriage was to actor Nicolas Cage in 2002. After less than 4 months, Cage filed for divorce, which was finalized in May 2004. Ironically, the divorce process lasted longer than the marriage itself.

In January 2006, she married guitarist Michael Lockwood. At the couple’s Japanese wedding, her first husband, Keough, stood as best man. Lisa Marie and her husband Lockwood welcomed fraternal twin girls, Harper Vivienne Ann and Finley Aaron Love, in 2008. After a ten-year marriage to Michael Lockwood, she filed for divorce in June 2016.

In 1977, when her father passed away, Lisa Marie became joint heir to his Graceland estate along with her great-grandmother Minnie Mae Presley. When she turned 25, the trust dissolved, and she became the sole heir. 13 years before, she had inherited Graceland, which was worth an estimated $100 million. After this, she formed the Elvis Presley trust so that she could manage the estate.

Graceland is now a museum and tour site and is open for overnight stays. Riley, Harper, and Finley Presley, Lisa Marie Presley’s three daughters, will benefit from the estate following her passing.

Elvis Presley bought the Graceland estate in 1957, when he was just 22 years old, for $102,500. He was laid to rest there, and it will also be Lisa Marie’s final resting place. She will be in the meditation garden next to her beloved son Benjamin. Elvis, Gladys Presley (Elvis’ mother), Vernon Presley (Elvis’ father), and Elvis’ grandmother Minnie Mae Presley were also laid to rest there.