6 Cons of Python for web development

Over time, developers began to create full-fledged mobile applications in Python. Nowadays there are two basic frameworks, which are used in order to solve this task. The first is an open source Python library. If we are talikng about cross-platform applications, it is rather useful. With the help of it can be created pure Python GUI applications. They are run on major platforms, known nowadays. But python application development has one specific feature, which is high memory consumption. When the program needs to deal with a large number of objects, can appear serious memory problem. Especially if there is a limit on the total size of available RAM. But the developers know solutions, which help to significantly reduce the amount of memory, which is used by objects. 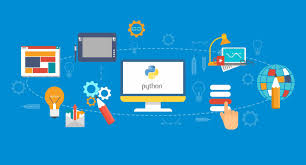 Most developers completely agree that Python is not fast enough. This is because Python is an interpreted language. If to compare Python with others, it loses in performance. Still, with the help of C implementations of one or another problematic section of the code, this task can be solved. In the conditions of today’s facilities, this is not very noticeable.

Software development in python is characterised by such feature, as multithreading. To carry out this task nowadays are presented special system threads, which are widely used. But as for available kernels, it’s another topic. Nowadays the developers can’t use more than one of them. No big surprise, that basically nowadays python software development company can deal with this problem. And there is no any need to make any efforts.

Not popular for mobile app development

The sphere of mobile development is rather opened question nowadays they are used in everydays life by all people. From the very beginning Python was not the best tool for writing GUI applications.

In recent years happened a lot of changes in this sphere and nowadays appeared dramatical change in the prospect of using Python to write mobile apps.

The development of mobile applications in Python is gradually progressing. This progress has resulted in several modern tools that we will look at in this article. Two frameworks to highlight are numerous and should be chosen up to the situation.

One of the most popular platforms now is Android, and writing in Python for it is not the best idea. But still there are enthusiasts. They are ready to make as many attempts in order to adapt this one of the best programming languages for the mobile application industry. And it doesn’t matter for them that is mainly used for web development. And while most people ​​for mobile development prefer to use other languages, without Python, many applications simply could not work properly. This language is widely used by https://djangostars.com/services/python-django-development/ for development, but it’s always indiuvudual question for every user.

Python is easy in use. In it is presented a huge number of libraries for anything. And this is its main advantage. As as for the existing possibilities for design, they are quite limited. So it’s not possible to avoid information, and it should be taken into consideration.

The demand for experienced programmers is still high, and there are not enough candidates with the qualifications, which is high enough in the market. The IT personnel market is quite saturated with freelancers, project specialists who do not have relevant education and experience, experts say. On the contrary, those with fundamental IT education and applied experience are sorely needed. This is especially noticeable in Python.

Spread the love
more
Categories: Others

Casinos are irresistible places known to attract anyone who wants to have fun while trying their luck. These venues often offer the best services ranging from exciting games such as slots machines to skilled croupiers. Read more…

Most Expensive Celebrity Cars Celebrities are looked upon as the ultimate status symbol by countless fans. Anything they purchase becomes a monumental souvenir. The clothes they buy, the assets they acquire, their mansions, and the Read more…

Instagram is one of the most popular social networks of our time. Besides, this network every day manages to attract thousands of new users from all over the world. This platform allows you to share Read more…